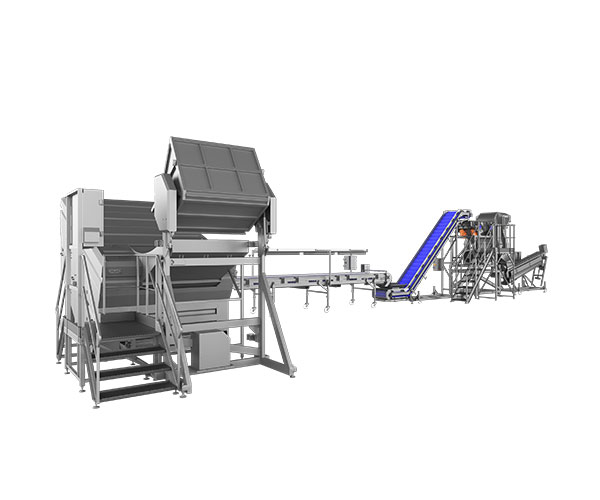 Sea buckthorn berries are very burdensome to harvest due to their structure and sparse, sharp, thin and stiff spines. Collecting individual fruits is very time-consuming and requires the involvement of many people. The fruit harvested fresh and “straight from the bush” is often getting damaged, which significantly reduces the work efficiency.

The sea buckthorn line guarantees efficient and quick processing, as it has been designed and patented especially for dealing with this specific product. Its capacity varies between 1 and 1.5 tons per hour. Most importantly, it can replace the work of at least a few people.

The cut branches with the fruit are subjected to the freezing process, thanks to which the separating them is much easier and does not damage the product.

Frozen branches are poured into a tippler, which feeds them in portions directly to the sea-buckthorn separator. The scrapers pull the branches towards the machine, and the shaker system separates the fruits. During this operation, the separated fruits fall directly onto the belt conveyor at the bottom of the machine, while the branches are pushed out from the rear.

The next part of the line is the belt air cleaner. It prevents contaminants, such as leaves or twigs, from spreading with the product to further elements of the line. It blows away anything that is lighter than the frozen sea buckthorn fruit. The cleaned product falls onto the sieve and is led through a discharge chute to the next stages of production.

ASK FOR THE PRODUCT

Contact us! We will select individual technical parameters and device efficiency, according to your needs! 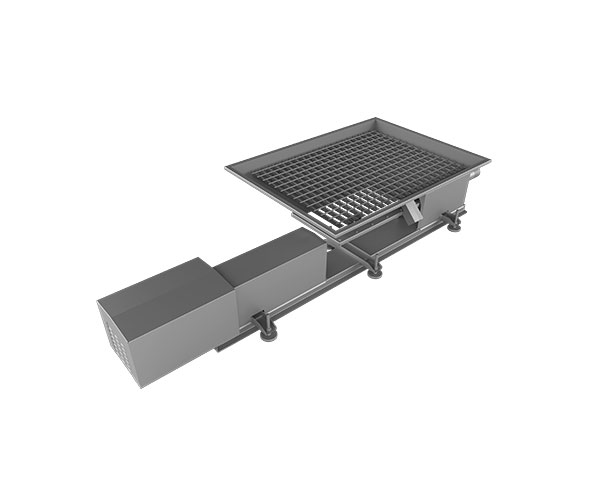 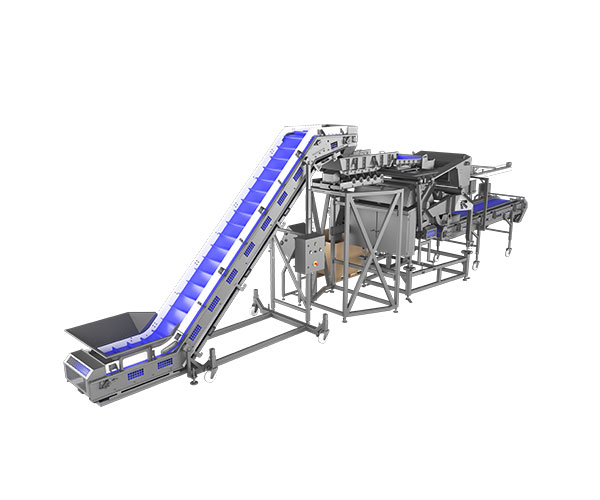 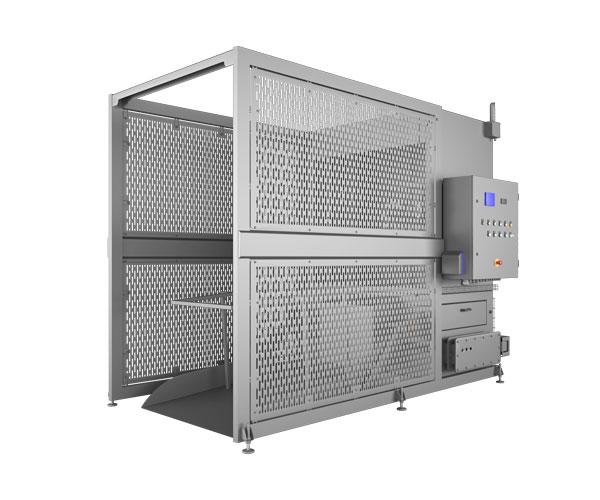 WASHER FOR CONTAINERS AND BOX PALLETS 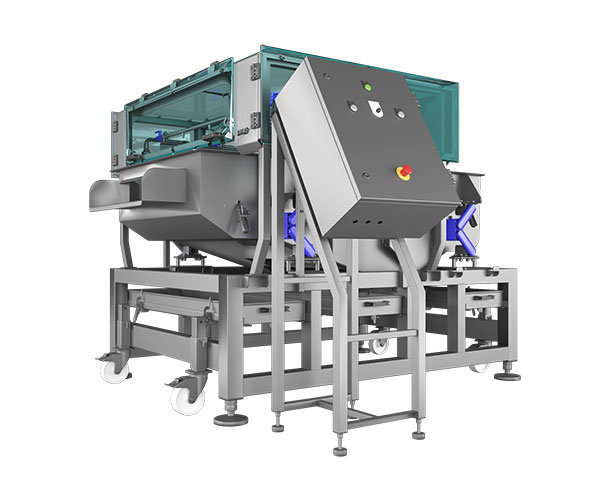 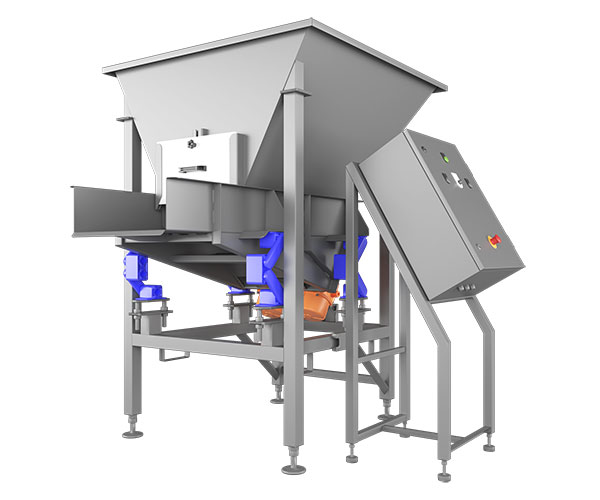 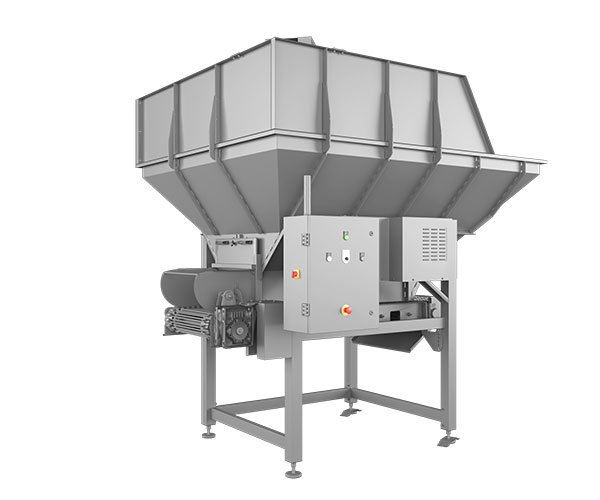 HOPPER WITH A BELT DISPENSER